I’ve been gaming since the days of the Atari. I remember Pong, Asteroids, PacMan, and Invaders. I migrated over to the NES at the ripe age of 8. It was then I was introduced to the likes of Mario, Donkey Kong, Zelda, and Contra. Does anyone remember Commando? I owned a SNES and a Sega Genesis. I played an NEO-GEO (Bonk’s Adventure!) and the terrible Virtual Boy (Mario Tennis bathed in red). I owned the original Gameboy and clocked in hours on Metroid II and Tetris. I did the same with Sonic on the Sega GameGear. Remember Mario 64? My N64 rocked my world with its 3-D gameplay.

I beat Metal Gear Solid on my PS1 and dominated my friends at PowerStone on the Dreamcast. My PC gaming days date back to the likes of Wolfenstein, Doom, and Command & Conquer (you know, before EA ruined it). I owned the first Xbox and have played on both the PS2 and PS3. The GameCube may have been my last Nintendo-owned console but that hasn’t stopped me from playing the Wii from time to time.

I currently own an Xbox 360 with an extensive library of close to 60 games. That number doesn’t reflect the number of games I have either borrowed or traded in. At its peak, it was the best console I have ever owned. Mass Effect, Halo 3, Bioshock, Super Street Fighter IV, LOTR Battle for Middle-Earth II, Elder Scrolls IV: Oblivion, Fallout 3, Dragon Age Origins, Red Dead Redemption, Crackdown, Alan Wake, Fable II, Borderlands and cult classics like Super Meat Boy. Then Kinect came out and the gaming world as I knew it changed.

Sure, there are still a lot of great third party games coming out. Bioshock Infinite, Tomb Raider, Dark Souls, Skyrim, Max Payne 3, and the like demonstrate there is still creative juice left in the industry. Halo Reach and Halo 4 upped the campaign effort but lost the magic of multiplayer. Fable 3 was a travesty and Fable The Journey a joke. Crackdown 2 was flat out mediocre. Kinect Fit and Dance Central received more attention than sequels to Halo Wars and Alan Wake. New IP’s were ignored in the face of expanding entertainment services.

Let’s get one thing straight. Thanks to poor quality choices on Mircosoft’s part, I have owned as many as four Xbox 360’s. It was worth it, in my mind, because the library of games was that fun. Because Xbox Live was that much superior to the PSN Network. And because I really enjoyed my gaming hobby.

Times change. I have grown up and matured. I’m married now. I write novels, work full time, and look forward to doing more university work. I read books, watch movies, and chill with friends. I have lots of hobbies that include martial arts, snorkeling, disc golf, fantasy football, traveling, weight training, biking, and board games. I still love good storytelling. Therefore, I still enjoy a great game. But the announcement of the Xbox One has all but killed my enthusiasm for this next generation of consoles…

A Forcing of Gimmicks

What started out as kind of a neat, tricky gismo is now a required element for the Xbox One. Namely, the kinect. So far, 0 kinect games have so much as registered a notch in my interest scale. Star Wars Kinect continues to give me the shivers to this day. Did they really manage to top Superman 64 is sheer terribleness? I’m sorry, but dancing around my living room like a drug crazed chimp doesn’t excite me in the least. Yelling at my TV and then having it talk back to me conjures images of Skynet and I hear that voice, “Hello Dave.”

Then there are the privacy matters. This is a big issue for me. The Kinect is always on, always watching, and always listening. Ok, so Mircosoft said that there will be an option to shut it down. They also gave a speech in similar fashion to what the President said this past week. “You can trust us. We are not listening. We promise.” And now 1984 is coming to mind.

I don’t need a device, made by a company that has already been shown to be handing over personal information to the US federal government, in my home that can be used to spy on me. Here’s the thing, I have nothing to hide,but what do you think are the benefits to such a device? You’re munching on a Domino’s pizza and a bag of Classic Ranch Dorritos and washing it down with a can of Mountain Dew. Your gameplay time is suddenly interrupted by, gasp, a commercial for Domino’s Pizza! Then another one for Mountain Dew! And then a third one for Dorritos! What a coincidence, right?

What really bothers me is the patent that Mircosoft spent $20,000+ on for Visual DRM. The Kinnect can detect heartbeats and body heat. It can be used to determine how many people are in a room watching a TV show, a movie, or playing a game. It can also recognize voices. It can then be used to force you to pay extra if too many people are watching said movie, TV show, or video game. No way a corporation would ever try to pull a stunt like that on consumers, right? Making you pay an extra $2 per person over a restricted limit set on DVD, Music, and Video Game purchases? Think again.

The Xbox One must connect to the internet once every twenty four hours. People who don’t have the internet or can’t get it are simply out of luck. But there is a deeper issue here, namely, my rights as a consumer. It is already bad enough that my games have a mandatory install programmed into them. Just how long is that 500gb hard drive supposed to last before it is filled and needs to be upgraded?

To put it simply: making me check in once every twenty hours to play a video game is absurd. If the Xbox servers go down for any reason, I can’t play my games. How long will it be before companies like EA and Activision decide to kill servers for a particular game to force people to buy the new installment? That would never happen, you say. Think again. Suddenly you can’t play Battlefield 4, Madden 13, or Dragon Age 3 because those servers are shut down and your “digital ownership rights” to the game could not be verified. Not only is a $60 purchase down the drain (not to mention money spent on DLC), but the game is completely useless and can never be played again. Period. What’s to stop publishers from doing that? The kindness of their hearts? Really?

What if my internet is out? What if I’m in a location that gets no internet? Since when did a game I purchase become a loan instead of a purchase? What gives Mircosoft the right to force me to check in once every twenty hour period? And am I supposed to believe that Mircosoft is on the cutting edge of technology? Yea, Zune was a real hit. And Windows 8 only caused the biggest decline in sales of PC’s in a single quarter in the history of that industry.

Tell me again, oh great innovator, why it is that I should trust your “innovative approach” to how I am to enjoy my entertainment? And since when did you take it upon yourself to dictate how it is I am to experience my entertainment? Rules and regulations for borrowing a friend’s game? Restrictions on the used game market? I don’t receive money on used book sales, why should publishers get funds for used games? It sounds like a system of nickel and diming that will lead to the complete demise of the industry as we know it.

Oh yes. 15 exclusives and eight of them will be brand new IP. Given Mircosoft’s history, I do not expect much in the way of quality. Ryse, Lobocycle, Quantum Break, Fortnight…yea, not all that interested. Killer Instinct…but will the original team be working on it (likely not). Halo 5? Gears 4? Fable MMO? Crackdown 3?

The most unique, creative expressions in gaming are found in the indie market. That same indie market that Mircosoft not only has a poor reputation with but they will continue to forbid self publishing. Therefore, all those great indie games will be steered straight into the laps of PC and the Playstation 4. Meanwhile, the Xbox One gives achievements for watching Real Housewives and has a button for ordering pizza. Terrific. 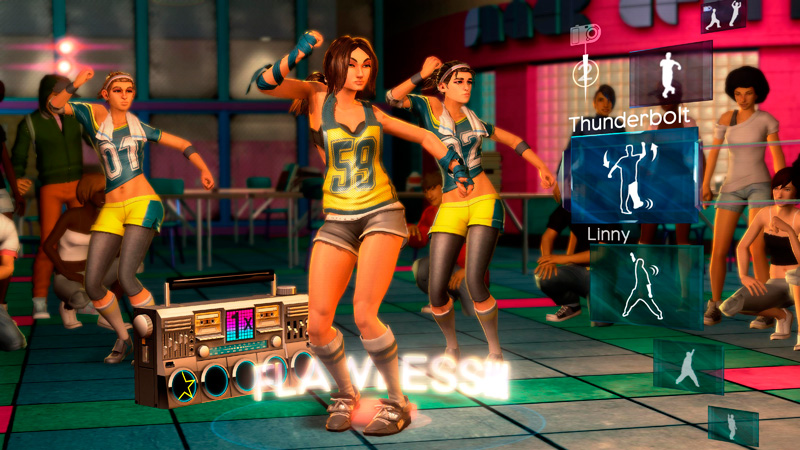 I don’t know. The Playstation 4 might be just as restrictive. We won’t know until all the smoke and dust has cleared from e3 next week. In the meantime, the Xbox One, a console that comes across as a glorified cable box, has done all it could to dampen my enthusiasm for next generation consoles. PC gaming is costly but is making a whole lot more sense to me right about now. At the end of the day, I want a good game with a great story and stellar gameplay. I don’t want to be nickel and dimed to death. That’s why I avoid F2P games like the plague. And that’s why I may be avoiding the Xbox One in similar fashion.