The Witcher 3 (Best of Show): This open world gem looks to define what next generation consoles are truly capable of. Rich in story, incredible sword play, and a stunningly realistic landscape make this my number one most anticipated game-period.

Watch Dogs: As a person who studied film and met his future spouse in the Windy City, this is somewhat of a biased pick. I love that Ubisoft has completely recreated the city of Chicago. It is gorgeous. I adore the sci-fi thriller story they have cooked up for this new IP. This game has so much potential. It is one to watch for sure.

Batman Arkham Origins: All my fears about Rocksteady not working on this one have been washed away. The game looks terrific, plays like an old friend, and will undoubtedly have an awesome story to boot. I am not sure how they intend on incorporating the multiplayer feature. I am also saddened that Kevin Conroy will not be voicing Batman in this one. Still, I have been satisfied by how this one is coming along.

Dragon Age Inquisition: I owe it to Bioware for allowing me to attend e3. This was the main reason I was there-to see the progress that has been made on the new Dragon Age title. I am disappointed that no game play was shown (it would be higher on the list if some was shown). However, the trailer was beautiful. The musical score top notch, the graphics improved, an epic tale was teased, and old friends were revealed. I am also glad that the team is being given plenty of time to do this one justice. Fall 2014 cannot come fast enough.

Final Fantasy XV: I have never been a fan of Final Fantasy. The last one I played was VII. However, this one intrigued me. It had plenty of escalating conflict and tension. The action was fast paced and looked like fun. I was sucked into the story from the onset. For the first time in years I am actually looking forward to a FF title. Color me impressed.

Metal Gear Solid V: My hope here is the story will actually make sense and will not be too over the top. Everything else I saw from this title wowed me to the core.

Kingdom Hearts 3: This one bleeds all kinds of awesome. It has been a long time coming and fans of the series will be pleased for sure. Will Marvel and Star Wars be making appearances since they are now Disney property? Maybe. Either way, I love RPG’s and this was icing on the cake for me.

Destiny: Before e3, I was not really feeling it for this one. But then they showed off the game play and I was reminded of Borderlands on steroids. If they can add the magic of Halo to the sheer enjoyment of Borderlands, with a solid sci-fi story to boot, I am sold.

Battlefield 4: I was not expecting this to make my list. I am not a military FPS sort of person. However, I loved what I saw of the intense 64 player matches. The game looks like a lot of crazy fun with plenty of suspenseful moments. If it can do it all at a full 1080p at 60fps, I may just have to give it a shot. If it can also deliver a gripping campaign with a great story, I am 100% in.

Titanfall: I really liked this one. The idea of jumping in and out of giant mechs was super cool. The game was action packed and the sci-fi feel was great. I am hoping this beast decides to grace the PS4 in the near future, but for now Xbox fans have a nice little exclusive gem on their hands. 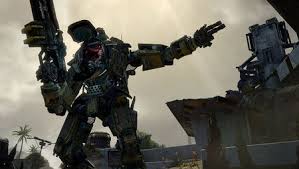 Biggest Surpise: The Sony E3 conference, of course. I really don’t need to include any detail here.

Biggest Letdown: Mircosoft’s Attitude. I’ve been a loyal customer of theirs since they entered the gaming market. That’s going back to PC days. They really have this sort of arrogant attitude that causes me to lose interest in anything they have to say. It was weird.

System Wars: The Sony Playstation 4 won the PR machine hands-down. It has a lot of steam. Now they just need to throw in some more substance.